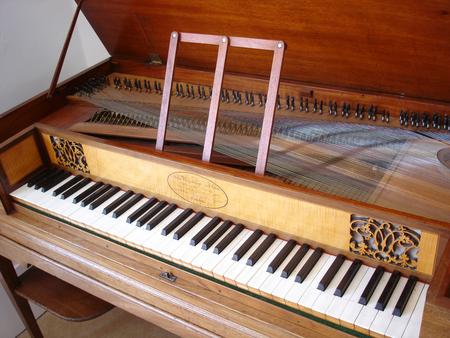 The author’s mother bought the piano at auction in Ballycastle, Co Antrim, in 1977 and gave it to him. All its component parts were present but it required professional restoration to full playing condition, including complete restringing. The restoration was carried out by Roy Knowles of Tadcaster in 1979. 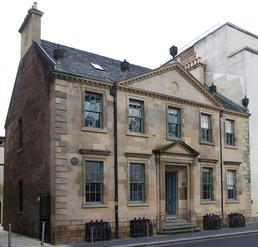 The serial No. 8119 and date,1804,
​on the name board provided the vital links to the original ledger entry for Mrs Findlay in the Broadwood Archives.
​

and have it delivered to her home in Glasgow’s Miller Street, recently restored as The Tobacco Merchant’s House. With its elegant ‘French’ underframe, the piano was supplied with an optional extra ‘damper pedal’ and specially packed into a waterproof crate for delivery from the Thames by sea to Glasgow on the sloop ‘Eliza’.

in London; a month later Mrs Findlay decided to buy to it

The Broadwood archives recorded that on 10th July 1804 Mrs Findlay’s square piano, Serial No. 8119, was delivered ‘on hire or purchase’ to her daughter Mrs Bannatine’s house in New Broad Street

The London-based harpsichord and piano maker John Broadwood recognized the potential of this new market and developed it into a hugely profitable business. Broadwoods continued to make square pianos until the 1860s when they were overtaken by what we know generically as ‘upright’ pianos, which had longer keyboards, produced greater resonance and enabled increased volume. There are still thousands of square pianos in existence around the world, some in fine playable condition, others in distress awaiting restoration. Many others sadly, with their keyboards and actions removed, have been made into dressing tables, writing desks or sideboards. 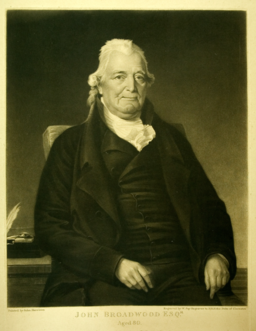 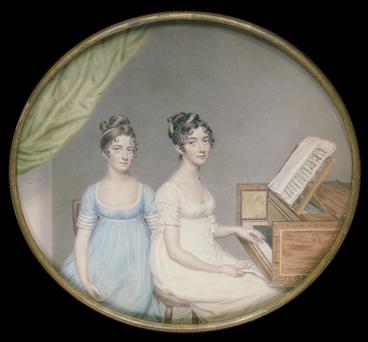 Very soon they became the fashionable instrument of choice, not only for the aristocracy and the wealthy but also the emerging middle classes who, able to afford them, gave them pride of place in their parlours.  The anonymous delivery of a Broadwood square piano to Jane Fairfax plays a central part in the plot of Jane Austen’s Emma.

Square pianos made their first appearance in England in the 1760s. They were actually oblong in shape, smaller and lighter than the early ‘grand’ pianos which had been developed from the harpsichord, and rested on a light demountable frame or on removable legs at the corners. They were simpler, cheaper and easier to make than grand pianos and their clear, sweet ‘singing’ tone and delicate touch had a special appeal.