- Fitting out Cutty Sark  in just twelve weeks, after Scott and Linton
went bankrupt in 1870.
- Building the SS Rotomahana, the first ocean-going passenger
ship made of mild steel, in 1879.
- Building the SS Coya for Lake Titicaca, at 12,500 ft the highest
navigable lake in the world in 1893. Prefabricated in Dumbarton,
she was taken up to the lake in parts by mule.

- One of their most strikingly innovative projects was the
Denny-Mumford Helicopter  which, having flown 100 yards at a
height of 10 feet, has been described as the world’s first
helicopter to leave the ground under its own power.
- The company also developed the Denny-Brown stabilizer    system
which, now highly developed, is used throughout the world.
- Their last major project was the Denny Hoverbus which carried
88 passengers at up to 25 knots. 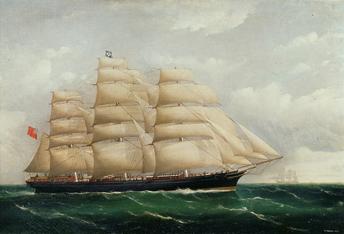 Among the Dennys’ other well-known achievements were: 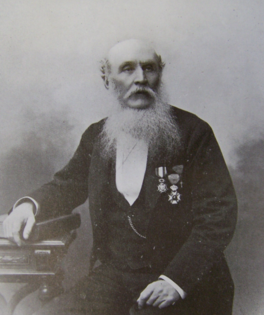 He was a founding Director of Glasgow's Sacred Music Institution which installed a new ‘Donaldson’ organ in the Trades Hall. Tragically he died in his prime in a riding accident in 1802.
His father, Rev Dr Robert Findlay DD, who was Professor of Divinity at Glasgow University from 1782 until 1814, was a prolific theological author.

Mrs Dorothy Findlay, who bought the piano new in August 1804, was the widow of Robert Findlay, one of Glasgow’s wealthiest tobacco merchants and a leading light in the commercial and cultural life of the city.

The author’s uncle, Edward Denny was Chairman of the company from 1953 -1960. It turned out, uncannily, that he had sold his house to Bill Findlay in the early 1960s.

The Denny shipbuilding tradition goes back to William Denny 1, ‘William of the Woodyard', (1779-1833) who started building wooden boats on the River Leven. Peter Denny, one of William’s thirteen children, transformed his father’s small business into one of the most successful and innovative shipbuilding companies in the world.

In 1864, in partnership with TD Findlay, they established the Irrawaddy Flotilla, pre-fabricating flat-bottomed vessels in Dumbarton which were shipped out to Burma where they were reassembled.

​​The Dennys of Dumbarton

The author’s mother (née Denny) bought the square piano in Ireland in 1977 without any knowledge of its provenance. Her father Leslie Denny was the fifteenth and youngest child of Peter Denny, the famous Dumbarton shipbuilder.

The author’s research uncovered the astonishing fact that in 1864 his great-grandfather, Peter Denny, shipbuilder of Dumbarton, went into partnership with one of Mrs Findlay’s grandsons, TD Findlay, teak and rice merchant and East Indiaman. Together, they established the famous Irrawaddy Flotilla, immortalized by Kipling in ‘The Road to Mandalay, where the old flotilla lay…’.

The author’s first personal contact with Mrs Findlay’s descendants was through Robert Findlay, 8th of Boturich (1923-2011), and subsequently with his brother Bill Findlay, her great-great-great-grandsons. This contact turned up yet another extraordinary connection between these great Scottish families: Bill Findlay had bought the author’s uncle Edward Denny’s house in the 1960s.  Bill Findlay has written the Foreword to the book.

Further details of the Findlay lineage and the intriguing story of piano teacher John Donaldson ‘running away’ with Mrs Findlay’s youngest daughter, ‘The Flighty Dorothea’, can be found in the family history, known as The Red Book.