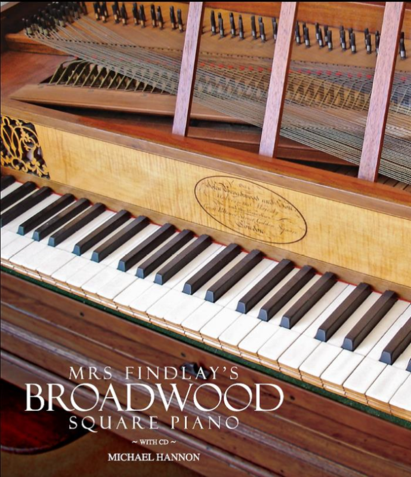 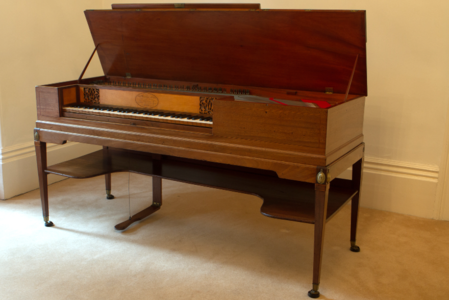 with CD recordings by Inja Davidović

This book tells the tale of an 1804 Broadwood square piano
and two great Scottish families:

and the Dennys, the famous shipbuilders of Dumbarton.

Little did Michael Hannon realize where his research into the origins of his 1804 Broadwood square piano would lead. Originally bought by a Mrs Dorothy Findlay from Glasgow in August 1804, the piano appeared in an Irish auction in 1977 where his mother bought it on a whim.

This fascinating detective story reveals uncanny links between Mrs Findlay’s family, who made their fortune as tobacco merchants and East Indiamen, and the author’s mother’s family, the famous shipbuilding Dennys of Dumbarton: it was an entrepreneurial Findlay/Denny partnership that established the historic ‘Irrawaddy Flotilla’, immortalized by Rudyard Kipling in ‘The Road to Mandalay, where the old flotilla lay..’; and in the 1960s Michael Hannon’s uncle, Edward Denny, sold his house to Mrs Findlay’s three-times-great-grandson, Bill Findlay, who has written the Foreword to the book.

The piano was also the starting point in the romantic but tragic saga of Mrs Findlay’s youngest daughter, ‘The Flighty Dorothea’, who ‘ran off’ with her piano teacher John Donaldson, described by her family as ‘a cur and a scoundrel’. Donaldson went on to a distinguished career as Professor of Music at Edinburgh University, where he founded what is now the oldest museum of musical instruments in the world.

In the specially commissioned CD at the back of the book, Croatian pianist Inja Davidović plays excerpts from Bach’s English Suites 2 & 3 and Field’s Nocturne No.5 on the Broadwood square piano; she also performs John Donaldson’s Sonata for the Piano Forte on a modern Steinway grand, in the only publicly available recording of this ambitious but little known work.